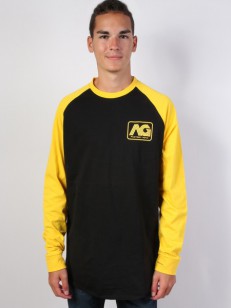 You are in the ski equipment category. Why? Maybe it's a surprise for many, but cascade skiing is experiencing an incredible renaissance, and for a few seasons there is nothing that would be like something snow-strapped and old-fashioned next to snowboarding. It is not at all that snowboarding becomes something less stylish and somewhat boring. Not at all. But the skis have just made a bit of a trip in their development and provide much more fun than before. Better use of new materials and shapes, making riding easier and easier on them. And what do we have to say if you have a small child and want to take him to the mountains, he'll be able to ski on it, at least initially. And the same will apply to all beginners who have the sticks on which they can lean on the planks. And we do not talk about moving on straight lines, which makes them much easier. With modern skis you can dare to the more demanding terrain and such a freeride skiing is simply a great experience. And let's admit it, in difficult terrain where no cableway will take us, the skis will be more easy to get out than a rather cumbersome snowboard. Choose Esatna.cz from the ski offer.

The Analog clothing brand belongs to Burton Snowboards from the United States and originated in 2001. From the beginning, it has devoted itself to all the main sports on board: snowboarding, surfing and skateboarding. They are not afraid to experiment and draw a clear straightforward strategy, snowboarding: the more ideas and more stimuli and resources, the better. Therefore, the seemingly non-combinable elements are also combined. And so from the very beginning, Analog clothing tries to always come up with something original, new, progressive. And I think we can say without fear that he has clearly succeeded. Analog is synonymous with progress. Analog jacket or Analog snowboard pants are what you need!