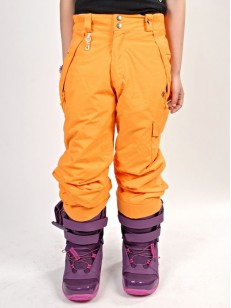 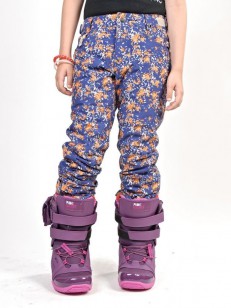 In the area of ​​children's snb clothing, great demands are placed primarily on jackets and also on children's snowboard pants. Not only do they have to be waterproof, warm and breathable, but also made in comfortable cut that will not restrict your children in any movement, allowing them to concentrate on riding alone. And as it will be a bit for the smallest ones, design will also be very important. We have a large selection of children's snb pants from the most popular brands in the world, so we hope you definitely choose. Maybe together with your children, who can look over your shoulder at Esatna.com.

The California 686 was born in 1992 by California snowboarder Mike West. Over the course of a few years he has managed to build a company producing the finest snowboard clothing and able to compete with the world's largest players. In 2006 he made the same enthusiasm for street fashion production. Even after sixteen years Mike did not gas. The company still owns, produces its own funding, products are in the key markets to the most respected and also the best-selling ones. His success is a constant effort to find a new look at his own products and the answer to the question: Where and how can we further improve our products? Mike, go on!